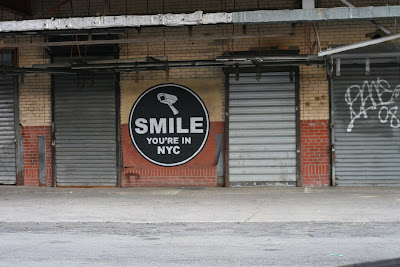 Warning: this will be a photo-heavy post! I just wanted to finish out my East Coast trip here by posting the rest of my New York photos. I joined J on tour for a few days in October and we had an amazing time. The weather was perfect and we had an entire day-and-a-half off so we covered a LOT of ground. Here are some highlights:

Breakfast at this cute little Japanese bakery down the street from the Cooper Square Hotel, where we were staying: 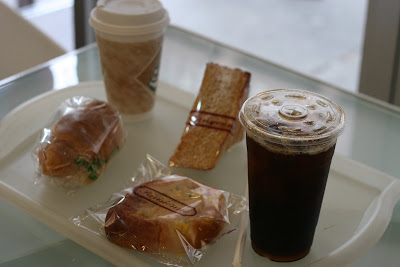 It reminded me so much of the many bakeries in Japan. J got his favorite "sugar toast" and I got a corn/tuna roll and then we shared a croissant sandwich. They also know how to make a proper iced coffee, thank goodness! Note to café owners all over America: pouring HOT coffee over ICE does NOT make it ICED COFFEE! Sorry for the caps, but it's a major pet peeve of mine.

Freshly baked goods lined the shelves and made the whole place smell heavenly! 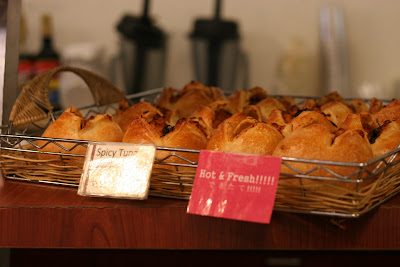 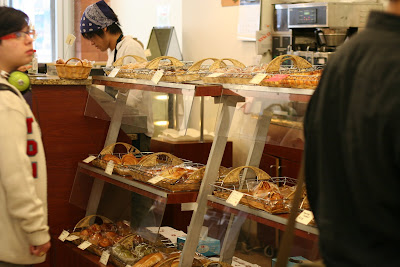 They had a nice variety of bento boxes too……..yum. 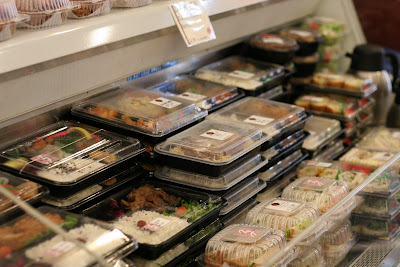 While walking around the city, we spotted a cute little kitten investigating some produce: 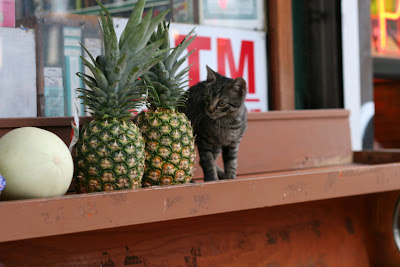 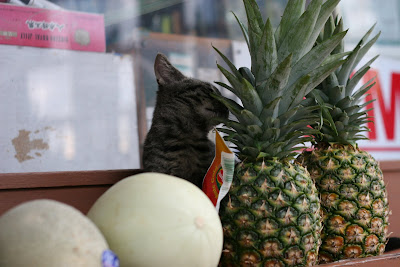 Had we not filled our tummies at the Japanese bakery, we would have had these nice looking empanadas: 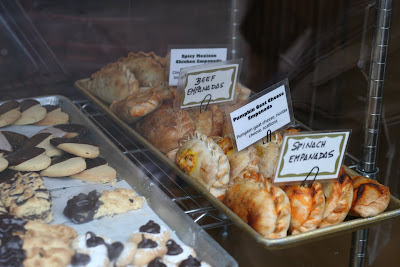 Later that night, J played his show at the Roseland Ballroom: 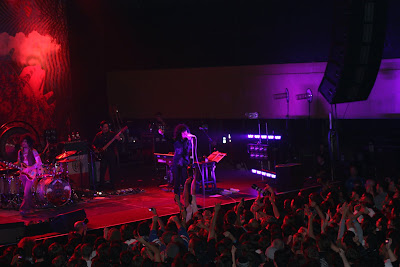 The next day, we headed out. Is there anything better to do in New York City on a perfect autumn day than to stroll through Central Park?? I think not: 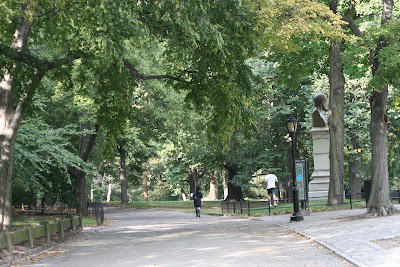 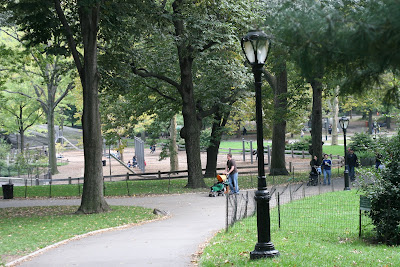 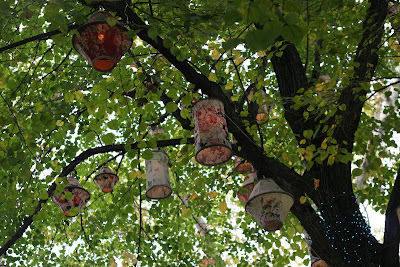 After we walked through the park (some of the park- it would take awhile to get through the entire place!) we ran into the infamous Papaya King, home of the hotdog and papaya tropical drink, so we HAD to try one: 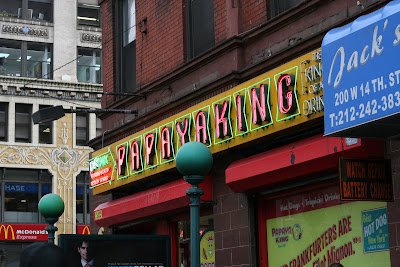 The dog was good, but I'm not the biggest papaya fan so I'll pass on the drink next time. 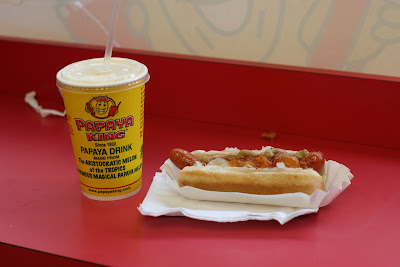 Our friend had asked if we'd ever been to High Line Park in the Meat Packing district, and we'd never even heard of it. It's a park built on a section of the former elevated freight railroad of the West Side Line and we're so happy he told us about it. It was absolutely breathtaking and one of the more beautiful examples of recycling something old into something new and useful to the community. Here's the park from afar- see the grass? 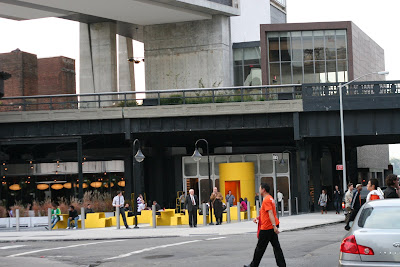 Stairs up to the park: 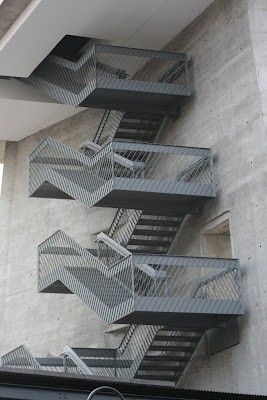 Some tracks that remain: 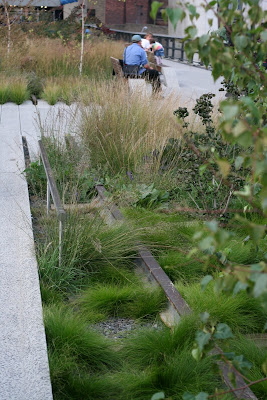 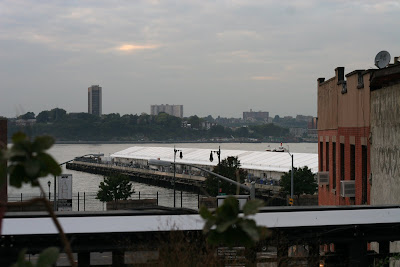 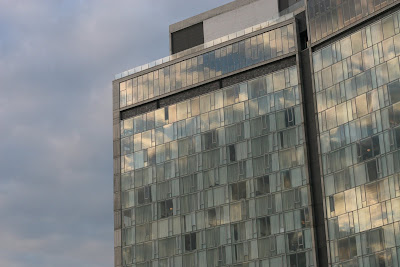 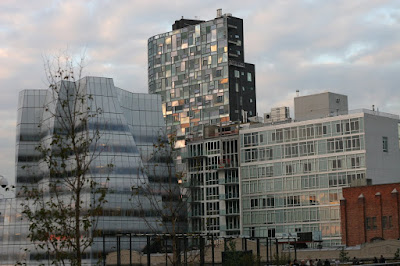 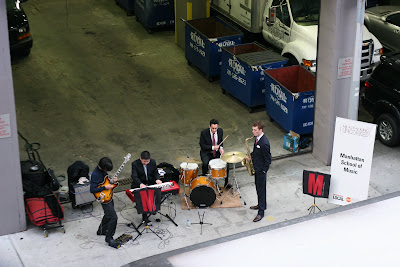 A place to relax: 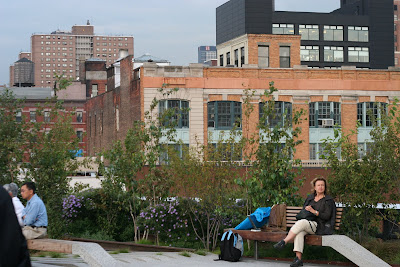 I'd been to New York before, but I really fell in love with it during this particular trip. One of my best friends JR said that autumn in New York always grabs your heart and seduces you…..but then you wake up in the clutches of a freezing winter a few short weeks later and the romance will fade away. I can take snow, but for a humidity hater like myself, the muggy headlock of summer in the city would most definitely bring our love affair to an end….but who thinks of that when you're walking hand-in-hand with your sweetie through Central Park in Autumn?

New York, you're a fickle beast.