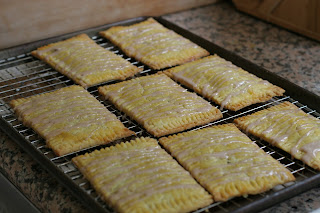 I've baked a lot of cookies, cupcakes, cakes and pastries over the last few years, and the items that seem to get the biggest reaction are things that take people back to their childhood.  When I made a version of Ding Dongs for my former coworkers, you'd have thought I handed out $100 bills- they were damn near in happy tears over the chocolate cupcakes with the little squiggle of white icing on top.  Freshly baked apple pie wins hands down over something fancy from a French patisserie, and these Pop-Tarts may have beaten them all.  I guess nostalgia minus artificial colors and flavors plus home baking = happy people. 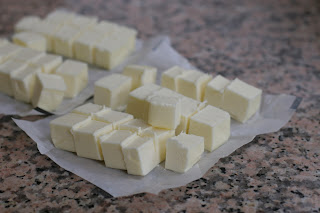 My parents never really bought me things like Ding Dongs or Pop-Tarts and tried to trick me into thinking Fig Newtons were a special treat (sorry mom/papa- it never worked!).  I supposed I should thank them now, because the stiff, cardboard-like sugar bombs don't appeal to me much as an adult, but the idea of brown sugar and cinnamon enrobed in flaky pastry certainly does.  On the rare occasion I did get to eat a Pop-Tart at a friend's house, I always, ALWAYS chose the brown sugar cinnamon flavor.  While the other kids practically dove towards the chocolate or strawberry ones, I have always and still do favor warmer flavors in desserts.  If it has brown sugar, brown butter, butterscotch, caramel or pralines in it, I'm all over it.  Sorry chocolate, you're just not my Everything. 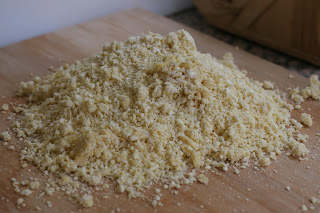 It seems like homemade Pop-Tarts are getting really popular- the LA Times recently printed a recipe, but I've been seeing them on food blogs for awhile.  The first time I made them, they were an instant hit, and although they are a bit time consuming, it's a fun process.  I guess you could save time using store-bought pie dough or puff pastry, but this recipe makes the perfect pastry for Pop-Tarts. 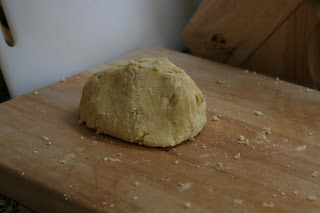 As I often do, I got the recipe from Smitten Kitchen, then just sort of made up a cinnamon icing using powdered sugar, cinnamon and milk to drizzle over the top.  I usually mix in a pinch of egg white powder so the icing will set nicely and I can stack them between sheets of wax paper without messing up the frosting. 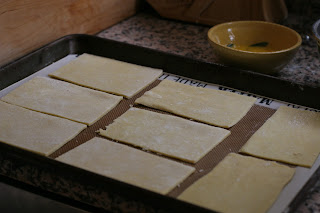 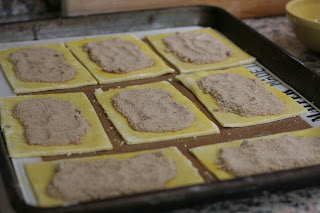 You can certainly fill these with whatever your heart desires- any jam or fruit compote would work well; I've done a mixture of blueberries, sugar and cream cheese with a lemon icing which was also delicious. The dough isn't very sweet so you could even do savory versions...fig jam with blue cheese, leftover meat sauce with a slice of mozzarella, chicken curry...the possibilities are endless.   However, your friends are probably expecting you to make them sweet ones that remind them of their childhood, so these brown sugar cinnamon ones are a good place to start! 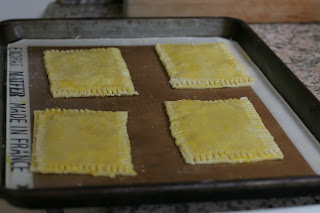 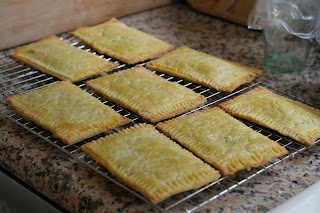 Unlike the store-bought version, these don't need any toaster time, so as soon as they come out of the oven and frosted, they're ready to eat! 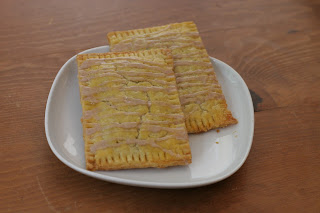 What's your favorite flavor of Pop-Tarts?
Posted by Anne

Oh, wow, these look so good!

I never really ate Pop Tarts growing up. Or ever. I think I can count on one hand the number of Pop Tarts I've had in my life.

I guess I pick strawberry. :)

WM: I am the same! But now that I've eaten homemade Pop-Tarts, I kind of get it. Trust me, these are better than the ones that come in a box:). Once I see great strawberries at the farmer's markets (soon, I hope!) I plan to make ones with strawberry filling and cream cheese icing...yum...!

Clare - An American in Ireland said...

Do you roll out the dough or use the pasta maker to flatten? They are all so even. I hate rolling out dough! :(

Clare: I roll it out, then use a paper cut out to trace the dough with a knife. It's easy- the dough is too buttery to roll through a pasta maker...I think it will fall apart. This dough isn't too hard to deal with as long as it stays cool.

Hallelujah! I am soooo making these. They sell them in Ireland but only chocolate and strawberry. These look so delicious! Thank you -) x

Thanks Imen! Yes yes- definitely make some...totally worth it:). Let me know if/when you blog about it, would love to check it out!

Divine! I made some with Nutella a while back and they were so good.

Cinnamon sugar were always my favorite too! Though I distinctly remember being upset when they started frosting them! I always liked them sans frosting better. Definitely will need to make these when Lent is over!

P.S. I always turn to Deb on SK too - her recipes are always impeccable!